Seeing the Negative in a Positive Light

You are here:
BlogLCK Original Designs 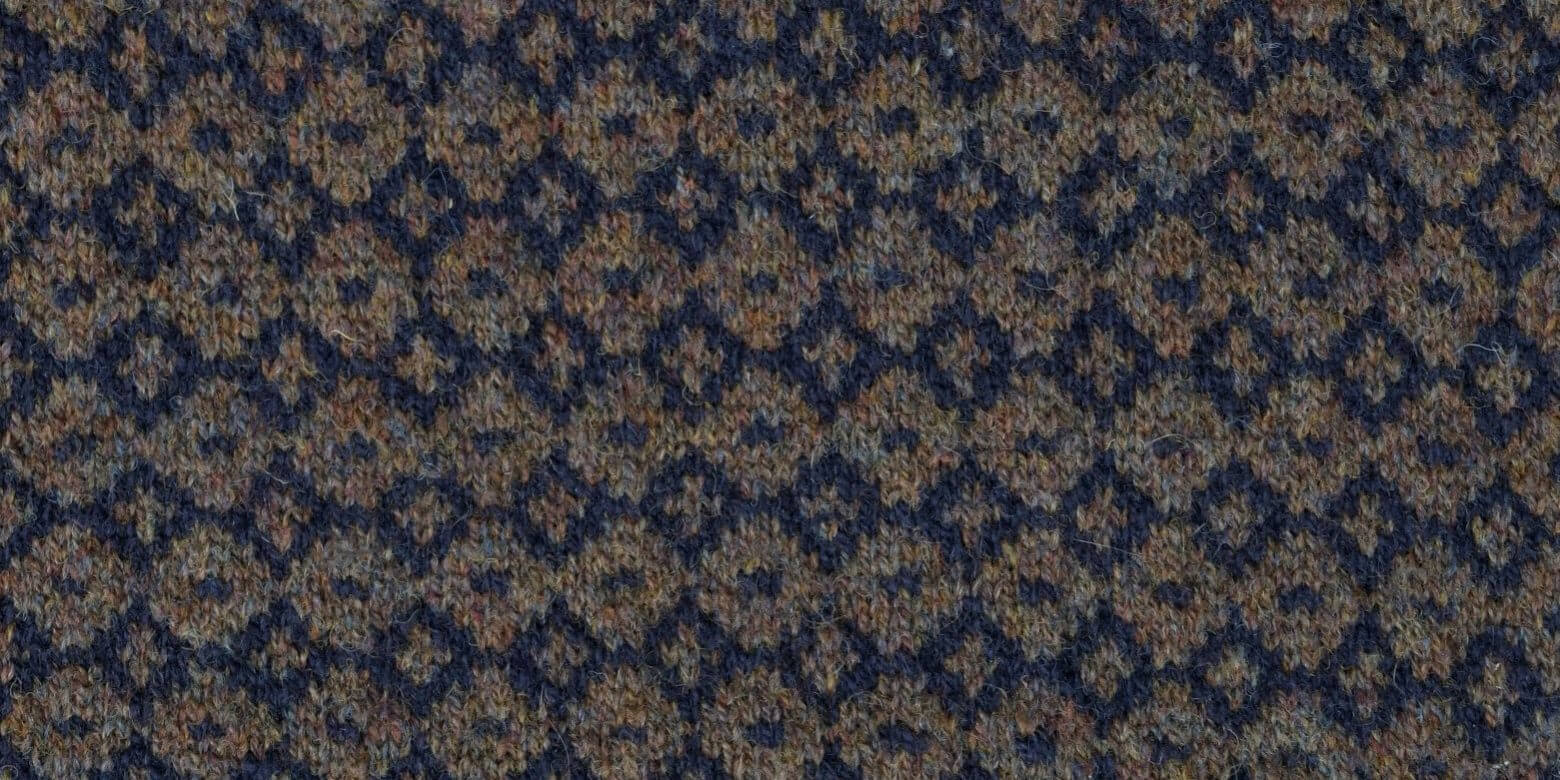 Remember the days of cameras with film? In the bins of old photos that I saved from my parent’s house when it was sold there are scads of envelopes of processed photos, with a small pocket that also includes the negatives. The negatives usually stay in those sleeves forever, but examining them can provide new perspective. 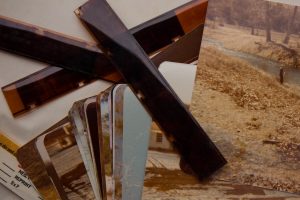 For the recently released Killabrew Vest I initially thought two shades of grey were the way to go and cast on stitches with a lovely rich grey and a heathered black as the motif. I realized one time through the chart that the black diamonds were a bit too much like big polka dots for Chris, who would eventually wear the vest. 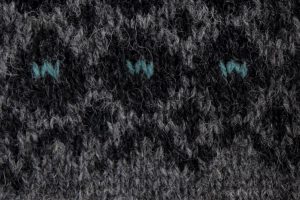 I purled a row and inverted the shades just like the film negatives. I began knitting again with the darker of the two. Instantly I knew the swatch was a better match for the idea I had in my head. If I used the dark shade for the lower ribbing it could play a part in the color sequence and add a nice detail and keep the ribbing from being a visual divider as the patterning developed. 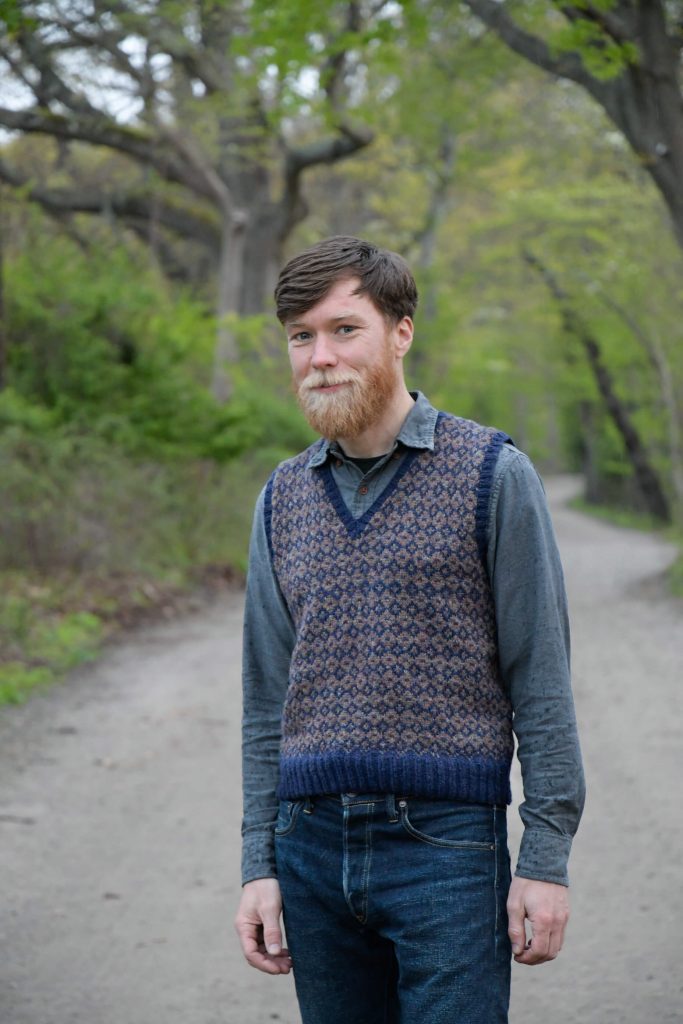 Some of my patterns come with colored charts. For instance, the Saguaro Vest (below). In that design having a big colored chart really helps to visualize the subtle shading. And I suspect that few knitters are going to go to the lengths of working up new colors for it other than maybe changing the turquoise to a different shade. In this instance, I’ve depicted a scene, and the colors just sort of are what they are. 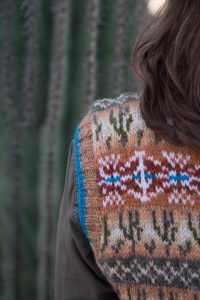 With other patterns like the Bougainvillea Vest the color options are vast. With that design the chart is black and white. From the work of the Team LCK test knitters I could see how valuable this was. Both Kathy and I chose to use darker shades for the motifs, but Laurie inverted the color values and used yellows for the motif. 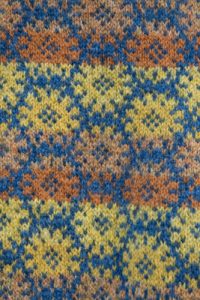 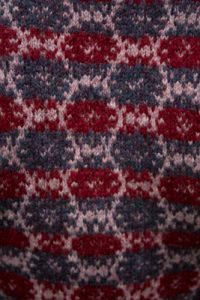 Most of us who knit a good amount of stranded work have been in the position where we ask ourselves “Was that stitch supposed to be light or dark?” when we’ve inverted color values to suit our own vision.

Because I realized early on how pleasing the negative values might be, with Killabrew I’ve included two charts – one with the Main Color dark and the other with the Main Color light. Negative images of each other. This should spare knitters from continually translating the values.

Playing with swatches for Killabrew kits I once again faced the question of inverting shades. Some of the swatches for the kits include negative examples. One could say I’ve done a bit of the processing for you. And I had fun doing it to be honest. Yes, swatching is fun.

It was interesting seeing things in one perspective, flipping them, and suddenly realizing the opposite view is just as good. Or better.

My friend Lisa Regan is a metalwork artist. She uses a torch to cut sheet metal into figures. When her business began, she would sell these positive cutouts. Later, however, I started to notice that she was also selling the metal that was left behind. I asked when she realized that what remained of a sheet of metal after she’d cut out the shapes, the negative if you will, was also a piece of art?

“When the locals were taking my trash and creating installations with them. I saw that one man’s trash truly is another’s treasure,” she responded. 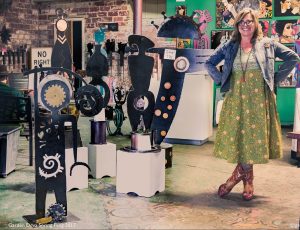 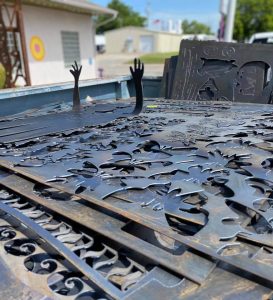 With the importance of negative values in mind, I’ve created some Killabrew Vest kits, and they are on the website. These kits contain enough yarn to knit through chest size 44”, each of the two shades uses 5 balls, so whether you choose dark or light for the MC, you’ll be set. For larger sizes you’ll need to follow the nifty table below and purchase the additional yarn for your size. None of the kits contain a Pop Shade. That is so personal I could not tackle the challenge. You can see in this swatch that I tried quite a few shades in the pop position. In the final version I knitted for Chris I didn’t include any Pop, but both Laurie and Kathy included a nice contrasting shade of Pop. 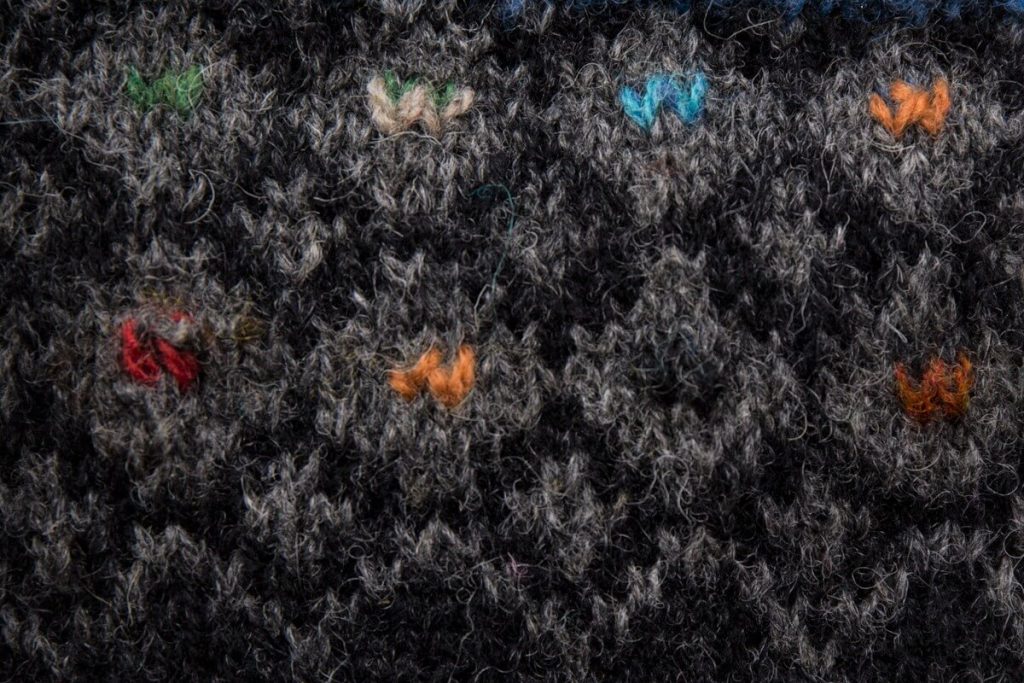 If you haven’t bought the pattern yet, it now effectively comes free with the kits through June 14, 2020. I will include a Ravelry download code with your package. If you decide you want to build your own kit, when you order the yarn add the word Killabrew in the comments of your order and we’ll include the pattern coupon code with your order when it’s shipped (provided that happens during the current promotion).

When figuring out your colors for a project, stop and consider what inverting the values might do. It might be worse. But it might be better. Regardless, you’ll have taken a moment to see things another way, and that makes you a more considerate knitter.