Thoughts on a Finished Kep, Most of Which Are Not About the Kep.

You are here:
Blog 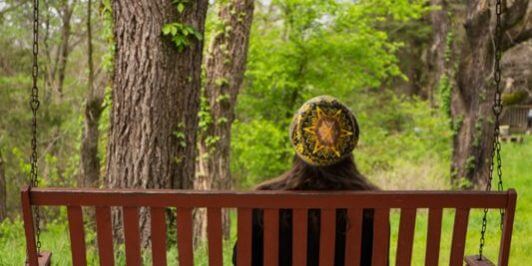 I don’t know about you, but with the pandemic I’m doing a good bit of stress knitting and sewing.

I pick things up. I put things down.

I have two sweaters on the needles and yet decide I need to knit a hat.

I sew another dozen PPE masks and decide to start a new quilt.

I bake bread and add a bit of wheat flour because I’m out of bread flour.

I plant tomatoes, beans, tomatillos, and peppers. I save some acorn squash seeds because maybe I should plant those too.

These activities are not new for me. I’ve been baking weekly bread for over a year and before that it was weekly bagels. I’ve had dirt under my nails for 35 years at least, and some of my earliest memories include growing flowers.

Yet, I find myself rattling around and carrying a bit of uncertain panic underneath even my daily routines.

Are you doing the same thing? 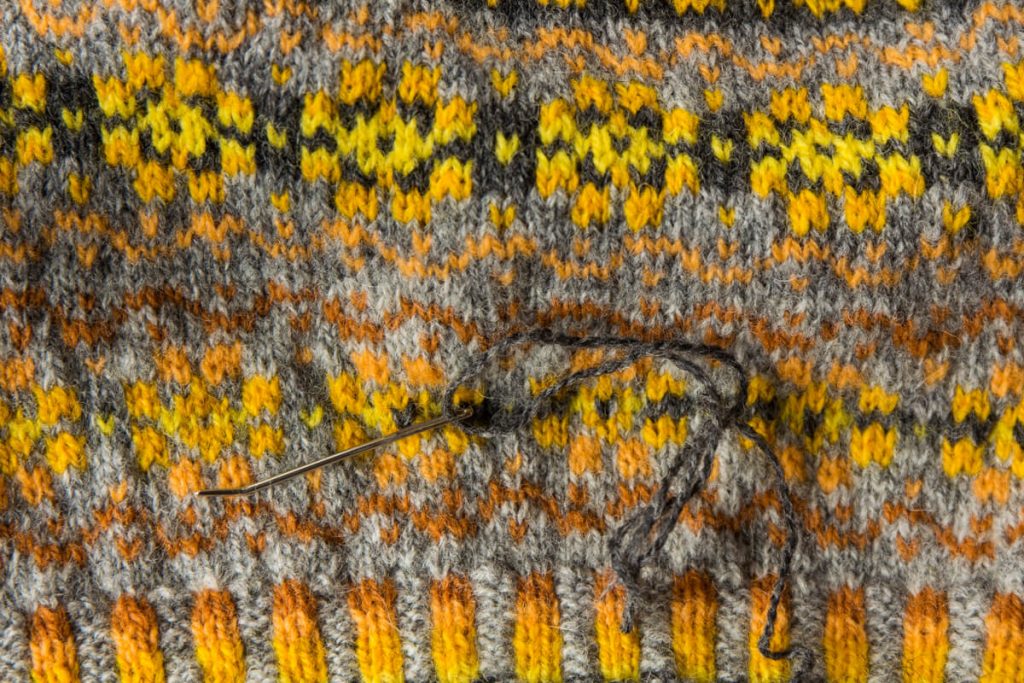 Honestly, what are we trying to soothe? I’m not a front-line worker. Chris and I are already well isolated on the farm. For me, it’s concern over my daughter who lives in New York. Although she took efforts weeks ago to be able to stay put for two months, she will at some point return to riding a train and taking the subway in her daily commute. It’s also the strange changes that my 90-year-old mother with Alzheimer’s is experiencing. A phone call doesn’t quell my concerns because I don’t trust her ability to differentiate between the here and now and what’s happening on the TV – or in her imagination. When I do finally get to visit her again what changes will I have missed?

So, I distract myself. I knit, I sew, I bake, I garden. And I sit on an old porch swing that hung on my parent’s patio for decades and let the movement and memories glide to and fro.

This week, I’ve been working on Katie’s Kep, the recently released Shetland Wool Week pattern which was designed by Wilma Malcomson. As soon as it was released I put together some kits for you, our customers. But none of them I thought was MY kep. I swatched some of my favorite southwest shades – turquoise and terracotta – for more kits. Still not MY kep. Then for some reason I pulled out some shades of Jamieson & Smith for a “grellow” kep because I’ve always loved grey and yellow together. I took a few snapshots with my phone using a black and white filter. I didn’t swatch. I was looking for distraction, not perfection.

I went with it. But I made some changes. To have some control.

The first modification came when I decided I wanted more color movement in the background than the single shade Wilma used. Shooting for something a bit more ombré I pulled first two, then three shades of grey from the J&S bins. The first two greys are close in color but the third is quite a jump in value from the second. I shrugged and tossed them all in my knitting bag.

As I sat on the old porch swing and knit, I quickly fell in love with the little flower motif and decided I’d forgo the star pattern for more repeats of the sunny flowers, maybe three instead of two for a slouchier kep. They reminded me of the year we planted an entire field of sunflowers and spent most of the week around the summer solstice harvesting sunflowers for a chef friend who was hosting a dinner at his restaurant based around local foods and wanted locally grown flowers for centerpieces. My shoulders that have hovered near my ears for weeks dropped a bit. And I kept knitting.

The first flower repeat used none of the dark grey. The second used none of the darkest yellow shade but has a swath of dark grey through the center. The third repeat has only the dark shade in the background. That repeat with the bold contrast pleases me immensely. For the crown, which is an elegant star pattern, I used motif shades from light to dark, back to light, with background shades from dark to light.

When my kep was washed and blocked, I realized what I needed was a single round of dark grey in the middle of the first repeat of the flower. The solution was easy enough, even after the fact. When auditioning colors in swatches I often add a new color to a swatch with a darning needle using duplicate stitch. So, I added the needed line of dark grey to the already finished kep.

As I said, I didn’t swatch and while I love my kep, I was not initially madly in love with all of the changes I made. But today I’m thinking about a sweater design for which I’ve been gathering ideas. And my kep may hold some keys to that future design. This is MY kep. 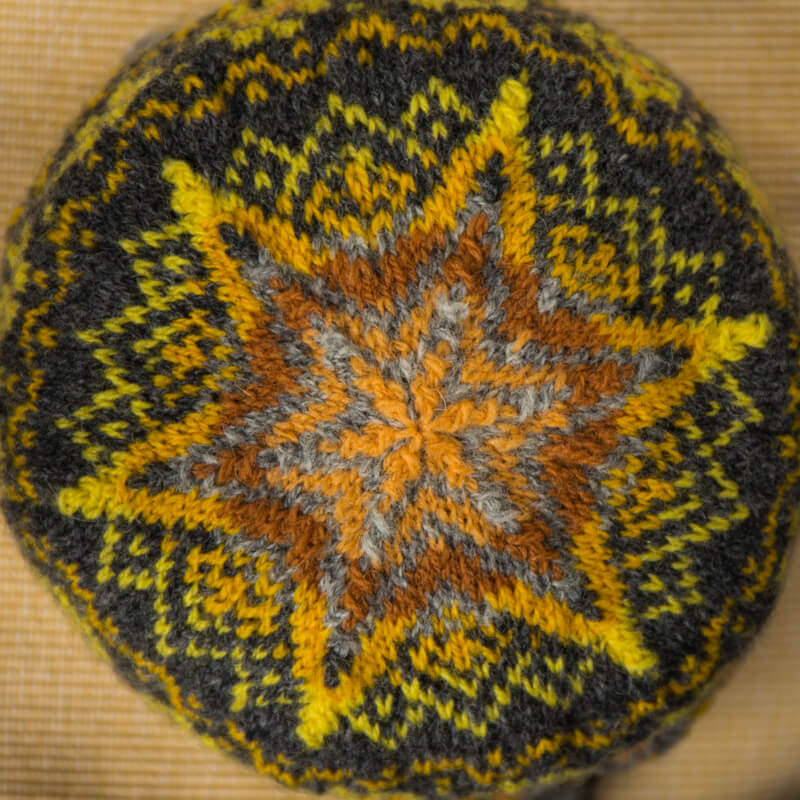 Yet, I struggle with where my attention is. The world is dealing with a crisis unlike anything else in my lifetime. I can’t fix that. I can’t fix Hillarey’s commute in New York. I can’t fix Mom’s decline in Prattville, Oklahoma. So I knit and sew and bake. Maybe my kep is a distraction that will keep my head warm and provide some inspiration? Just maybe working on something that is easy to analyze and solve the problems of is helpful when so much that we worry about is beyond our ability to control?

On the front line of the pandemic are our health care workers, the service industry, and delivery people. What Lost City Knits provides doesn’t fall into those categories. And that’s okay. Our job right now is not to make things worse, and to provide entertainment, distraction, and perspective. If we as knitters are keeping our hands busy as we sit and knit at home instead of knitting at the pub, or the guild meeting, or the coffeeshop, we’re doing our part in not creating more work for the front line.

And we have something productive to think about.