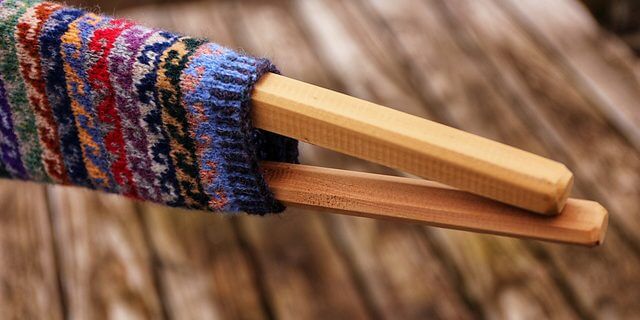 Rarely do I knit straight from a pattern without making it a bit more personal with modifications.

The first modification I made to my Wave Cardigan was to work the ribbing with two shades of blue (FC15 and FC14) instead of the three shades of brown specified in the pattern.After I finished knitting the bottom ribbing and the first few peerie bands I decided that instead of spit-splicing the color changes in the steek area as I usually do that I’d simply leave a 4-6” tail to be tied together with another tail later before steeking. Hazel Tindall of Shetland told me once that she uses this simple technique because she’s going cut that middle steek stitch anyway. It sounded like a sensible and easy way to go. 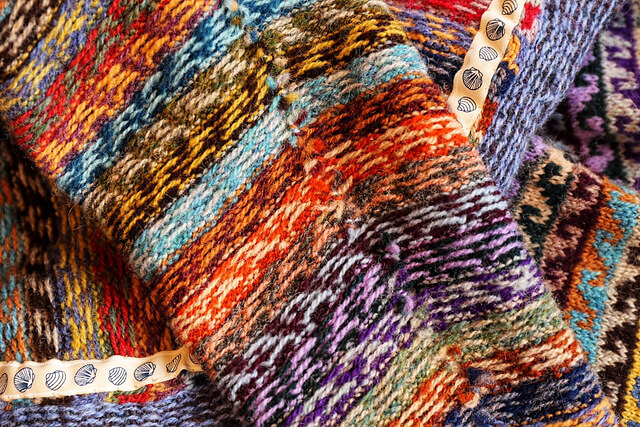 The Wave Cardigan has thirty-plus peerie bands of waves and with each wave the two shades of wool are switched out. Tying the tails made for quicker movement into the next band. About this time I also noticed I preferred the look of the bands if I always started with the darkest shade of the two. This modification made the changes more uniform. I also began pulling the colors out of the specified sequence because I found it easier, faster, and more spontaneous to just grab two shades I liked together. Once these modifications were in place the peerie bands of waves began to build faster. 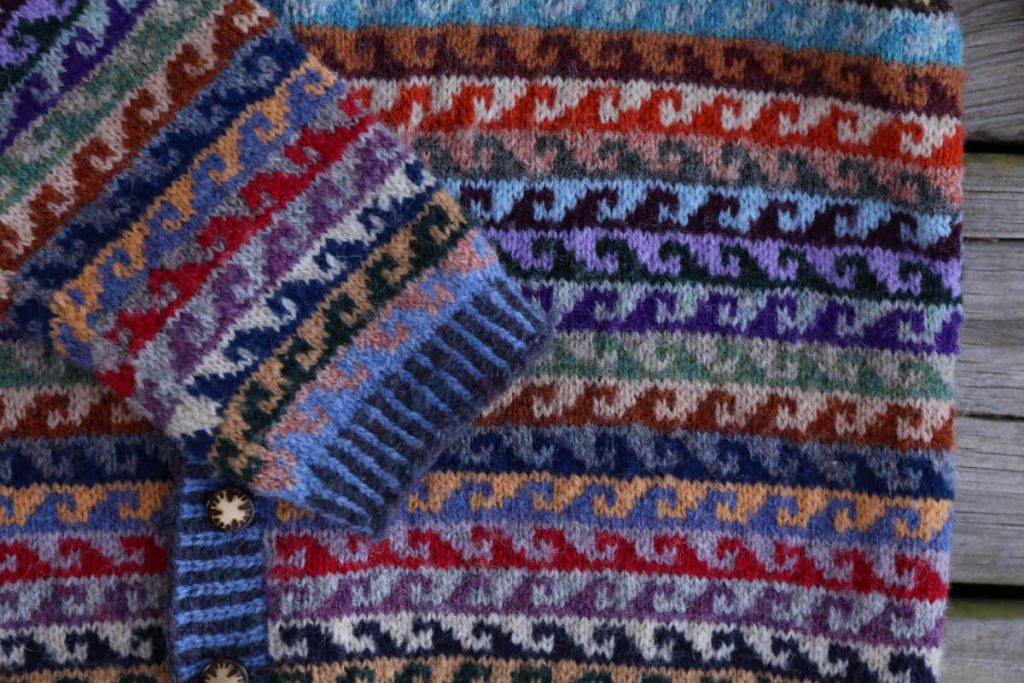 The next modification I made was to shorten the drop shoulder area on the body to give the cardigan a more contemporary fitted look. Instead of Kitchenering the shoulders I used a three-needle bind off on the WS. I’m pleased with how the shoulders turned out and think they may be a bit sturdier too.

In my next post I’ll detail sleeve mods and finishing details.